This is particularly true if it is recognised in its early stages. Periodontal or gum disease is caused by plaque, a sticky, colourless film of bacteria, constantly forming on your teeth. These bacteria produce toxins that irritate the gums and damage teeth.

The earliest stage of gum disease is called gingivitis. This is a swelling of the gums that develops when plaque collects above and below the gum line. With proper oral care everyday and regular visits to your dentist, gingivitis can be prevented or reversed because no permanent damage has occurred.

Periodontitis is a severe form of gum disease

Left untreated, gingivitis may progress to a more severe form of gum disease called periodontitis. Common symptoms of periodontitis are red swollen gums that have started to pull away from the teeth, creating pockets.

Periodontitis damages the bone that supports the teeth. Once periodontitis develops, the damage cannot be reversed: only a professional treatment program and an improved level of daily oral  care can keep it from getting worse. 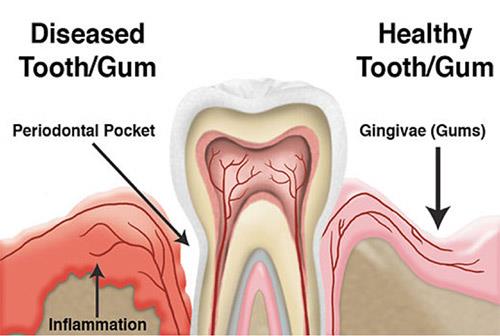 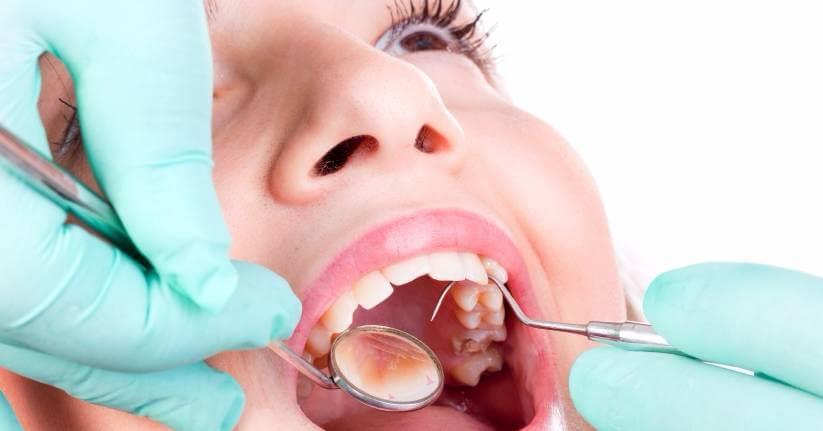